A few weeks ago, we reported on the news that the Rainbow Six: Siege Six Invitational 2021 tournament was to be postponed due to travel restrictions affecting how the live event could operate. Well now, after the Rainbow Six Siege Community and Game Celebration, we can see the new plans for the major tournament.

The Six Invitational 2021 will now take place in May, in the position of the Season 2021 Six Major that would usually be there. No locations or dates have been confirmed for the event right now, but we at least have a date to look forward to.

Ubisoft released a blog post explaining the more intricate details on the rule sets, tournament formats and prize pool for each of these respective leagues, which you can find here.

For more Rainbow Six Siege news, be sure to check out our rundown of what you can expect to see in Operation Crimson Heist and in Year 6, over here. 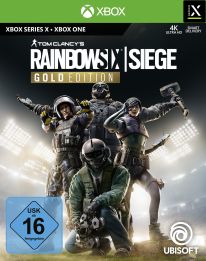