The Chicago Huntsmen are one of the teams in the Call of Duty League in 2020, the franchised competition for Call of Duty: Modern Warfare, and now they've revealed they've signed John 'x2Pac ThuGLorD' Hartley as their Search and Destroy analyst.

2pac has been a streamer and played in various online competitions, and now he's bringing that knowledge to the Huntsmen.

"There was three or four other offers on the table for me to join, either as a potential sub or analyst for other teams," 2Pac said (thanks, Dot Esports). "But I decided to go with the Huntsmen because obviously, (Huntsmen CEO) H3CZ's foundation is incredible, the fanbase has always been by far the best, and this team, without a doubt, is the best team in the league, in my opinion, based on the talent and the support all around it."

Can he help the team? 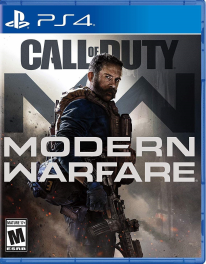